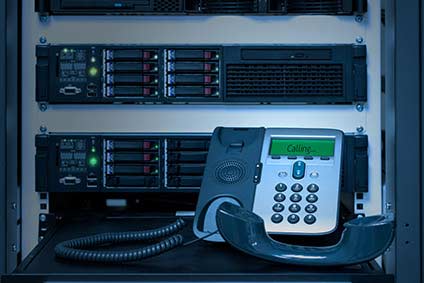 01 DecHosted PBX Vs On Premise PBX

There are pros and cons of both hosted PBX as well as on-premise PBX. There are some fundamental differences to each of the systems and they feature advantages that should be known prior to making a decision on one or the other. The move to an IP-PBX business phone system is beneficial regardless of which system is ultimately chosen. However, there are differences and knowing those leads to a better VoIP phone system and a higher level of satisfaction for the company, employees and even callers.

What is Hosted PBX?

Hosted PBX or hosted VoIP, otherwise known as an Internet phone system is one where the provider is responsible for housing the IP-PBX as well as handling the technology required to provide the services to the phone system. The desk sets will plug into a router and the calls, signaling, and features are handled through an IP-PBX server at the provider’s location. The provider of the hosted PBX charges a monthly fee that is inclusive of a minutes package and potentially certain features. Charges can also be at a per minute calling cost. Either one can be affordable depending on the rates. A company that knows the amount of minutes spent on the phone in a given month can make effective cost comparisons. Extended features may come with additional cost.

What is On Premise PBX?

On-premise PBX is also known as an IP-PBX phone system. It is similar to a traditional PBX system that resides at a location, such as a computer equipment room or phone closet. The main difference is that IP routing is done with more current technology. The signaling is done with an IP phone to the IP-PBX server using a LAN. Calls can go through a traditional phone company as well as voice over Internet (VoIP) using SIP trunking. Gateway cards are used to connect the system to the traditional phone company provider. The provider can be the one that already provides service, though a SIP trunk can be configured for use with an Internet service telephone provider (ISTP). An Asterisk based system is the most affordable option for on-premise PBX due to the flexibility that is offered with open source software.

How can we help your business?

Send us a note today.