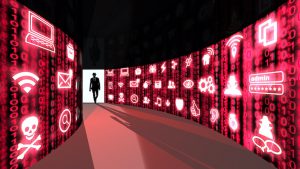 Cyber-attackers have a range of motives and methods to steal information and are continuously finding ways to disrupt businesses and clear bank accounts. With technology becoming increasingly prevalent in our day-to-day lives, cyber risks are increasing as well.

Data poisoning attacks, a lesser-known type of cyber attack, can cause great damage to an organization that often goes undetected for a long time. Some cases can cause even more damage than common threats such as viruses and ransomware. In a cyber poisoning attack, incorrect data quietly slithers into your system and changes its overall functioning, which can lead to a data breach and loss of user trust.

What are Cyber Poison Attacks?

Cyber poison attacks alter the area where the computer system makes smart decisions. The attacker creates a loophole in the core data rule and trains the system to adhere to that rule so it can be exploited. As a result, the system’s data model is skewed and the output is no longer as originally intended.

For example, the access control for a particular file is only accessible to those in an organization above the VP level. An attacker might change the main parameter to include the manager level. In this case, the core data set is violated and the system will not detect an intrusion by someone at the manager level, even if they log in with their credentials.

There are 4 main categories of poison attack methodologies:

Domain Name System (DNS) is the “backbone” of the internet that associates a unique IP address with each domain name. A DNS cache poisoning, also called a DNS spoofing attack, can take traffic away from a legitimate server and send it over to a fake one.

In the case of a DNS cache poisoning attack, the attacker enters false information into a DNS cache so that DNS queries return false information, usually a fake website. Anyone typing in the URL of the actual website is redirected to the fake one. This article explains more about what happens behind the scenes.

The fake website that users are redirected to could be a phishing site where the attacker attempts to capture the unsuspecting victim’s personal data or secure information. The visitor might think they’re logging into their bank’s website online, but are actually on the attacker’s phishing site and exposing their personal login credentials.

How To Protect Your Organization Against DNS Cache Poisoning

A DNS poison attack is particularly dangerous because it can quickly spread from one DNS server to the next. Below are some ways to protect yourself and your customers from becoming victims of this type of attack.

As a best practice, ensure that your DNS servers only store data related to your domain and not any other information. It is harder to corrupt the system when it focuses on a single element.

Another best practice is to ensure that you are up-to-date on all DNS security mechanisms and are using the most recent version of the DNS.

Ensure your site has, an SSL certificate and make sure it is HTTPS. Using encryption, a site with HTTPS protocol allows for a more secure connection between its server and the internet and is better at keeping cybercriminals out.

Having an SSL certificate also ensures your site’s name shows up alongside the URL in the address bar. This is an easy way for visitors to identify if they are on a genuine site or not, thus helping them steer clear of phishing attacks and clone sites.

Your users expect their data to be protected when visiting your website. Without the proper security measures in place, your organization may suffer long term consequences from a data breach.

Take the right steps to help your organization defend against cyber poisoning attacks. Click here to contact Wahaya IT Consulting and start developing a security plan for your company.

Employees are often the target of cyberattacks that can compromise private company data. New employees in particular can be the most susceptible to common attacks such as social engineering and phishing. To stay ahead of cybercriminals, organizations should educate and train all employees through a top-down IT security approach.

A top-down IT security approach begins with the IT department and management communicating the importance of cybersecurity and creating guidelines for reporting suspicious activity. IT Departments are not the only ones targeted by cybercrimes, leaving the potential for any employee to become a security liability. A top-down approach shifts the sole responsibility away from a single department.

A combination of general security training and instructions to recognize and report breaches are essential for keeping company data safe. Wahaya IT Consulting works with organizations to create a custom IT Policy handbook to distribute to every employee. Click here to see more of our recommended cybersecurity training best practices.

Focus on the first steps you need to take as an organization to better prepare your employees to identify and mitigate cyber threats. For example, employee training is just one part of Wahaya’s layered approach to IT security. Minimizing the of a cyberattack can help to avoid the following repercussions:

Your company’s organizational structure should acknowledge the fact that IT security is not only your IT department, CTO, or Managed Service Provider’s (MSP) responsibility. IT Security is dependent on every part of the business. Starting from the top and encompassing every employee within the organization approach will lead to success in keeping customer and business information safe and secure. 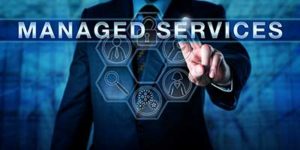 With top notch technicians and a great team to support your company located in Baton Rouge, you’ll find our service plans and offerings very affordable when you need information technology services. Our offerings include full Windows support, configuration, network setup. file sharing, antivirus, firewall and a full security audit. We also support Microsoft 365 and can help your company get all your software in order and managed by us. We enjoy helping companies of any size with their computing and networking needs. Need special Office 365 help? We can help you create a game plan that stays in your budget and gives you the best configuration and most important, security features.

Contact us today for a no cost consult and see how we can become the most important part of your team, the team that keeps things running!

Wahaya IT offers expert level cyber security services to Baton Rouge businesses. We start with a server, firewall, router and network audit, making sure you are 100% safe with your data and transmissions. Then we work with you to implement solutions that work with your company and how your teams work. With so many companies having employees work from home and mobile, it’s critical to have all your data secured. In addition, we have fully implemented testing for your hardware, software and training your teams.

With top notch technicians and a great team to support your company, you’ll find our service plans and offerings very affordable. We enjoy helping companies of any size with their computing and networking needs. Need special Office 365 help? We can help you create a game plan that stays in your budget and gives you the best configuration and most important, security features.

Contact us today for a no cost consult and see how we can become the most important part of your team, the team that keeps things running!